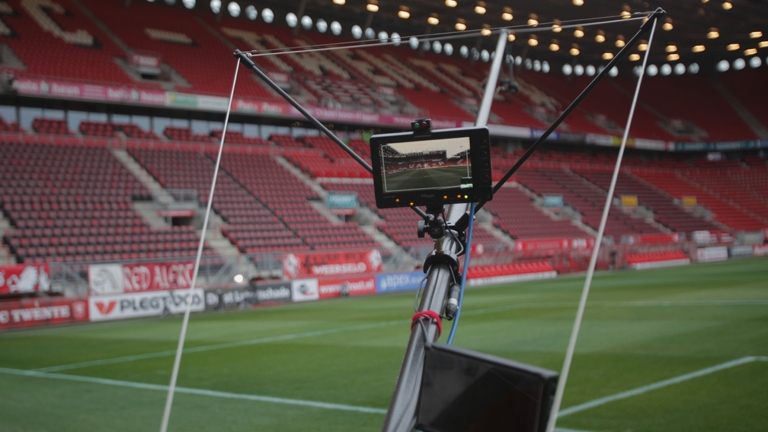 In the 2012-2013 season Polecam-operators.nl did a lot of football for broadcaster Eredivisie Live. Amongst others, the big matches from Ajax, Feyenoord and PSV are or will be covered using the polecam-system for flying shots around the goal. This picture is taken on march the 2nd 2013 in the stadium of FC Twente that played against Ajax. In the picture you can see that the polecam is equiped with the new wire-strut system that adds more stability to the pole, specialy important when making fast sweeping shots. You can also see two monitors, one for framing the polecam, the second one shows the Program image.